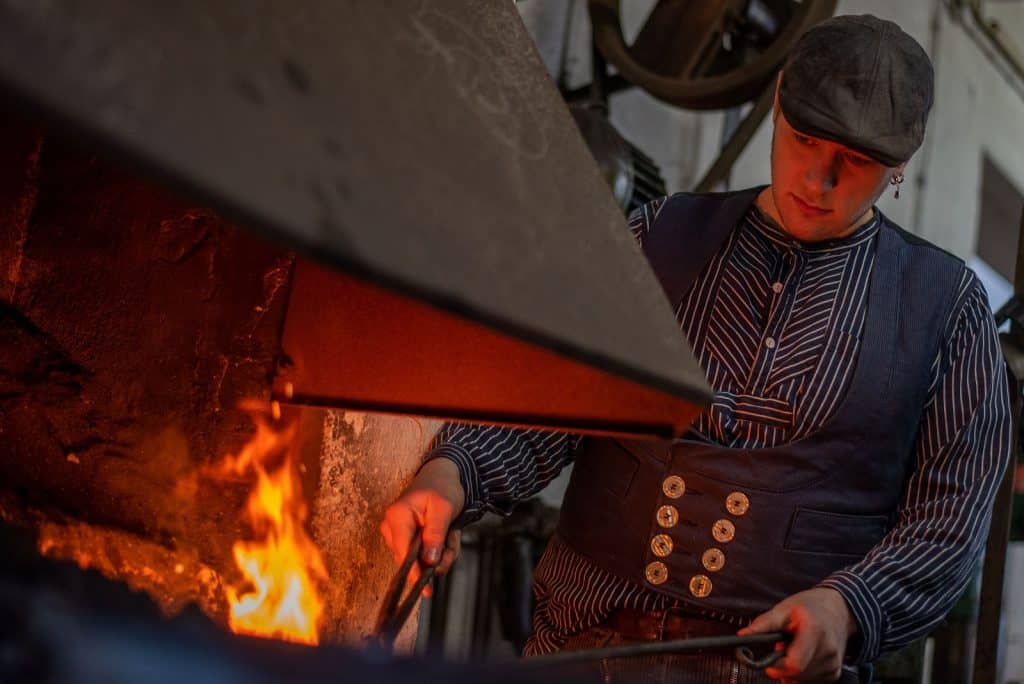 Lukas Nelkenbrecher and his Burgenland forge

Lukas fulfils a dream with the Burgenlandschmiede. He has always been told that one cannot make a living from forging and that handicraft is merely a hobby.

Already at the age of 15 he was fascinated to watch an old blacksmith at work. During his first career orientation, Lukas initially decided to do something else, but he soon found out about the possibility of learning the profession of blacksmith as part of his training as a metal designer.

Already during his apprenticeship the idea of becoming a blacksmith on the rolling mill arose in him.

"...2013 I put on the gown, tied up my bundle and went out into the world to learn from those who see in forging not just a hobby but a calling."

He learned a lot and worked in more than 20 companies, in seven different countries on three continents. From the rugged coasts of Scotland to the hot deserts of Namibia. During this time he made historical grids, axes, spears, knives, frying pans and learned how to make Damascus steel.

With further professional experience from a metal design company in Canada in his luggage, he now feels ready to fulfill his dream of his own forge workshop at home.

At the moment he is still in the process of rebuilding and rebuilding his Burgenland smithy. As soon as this is done, Lukas will not only offer special individual knives, steel objects and art. In the future, he will also give you the opportunity to look behind the scenes and give you a hand in a workshop. As soon as the time comes, you will find out everything important here!