Cycle tour through the Unstrut and Saale valleys to Finland

Through the Unstrut and Saale Valleys to Finland

The author Helmut Wolk takes us into "Cycling Journey to Midsummer on his 37-day e-bike tour from the Rhineland to Finland.

During the first week, the tour led via Eder, Fulda and Werra to Mühlhausen a. d. Unstrut, before I passed the Elbe at Barby after 5 more stages along the Unstrut and Saale rivers. Rastenberg, Nebra and Goseck were among the highlights of my trip, which I have selected for this report.

By chance, I discovered "Finneland" while studying maps on the Unstrut. So I came full circle, because Germany's northernmost wine country, Saale-Unstrut, had been on my mind for a long time. So Finneland was a MUST on the way to Suomi. Coming from Sömmerda, I drove along the old route of the Finnebahn to Rastenberg. Like in a life documentary, I met many people here who tried to help me during my food search odyssey. There were the ladies from the IZ hairdressing salon, the boss of the Capri Pizzeria and the sexton of the Coudray Church, who gave me an excellent guided tour of the church. And finally, there was the cook from Finneck, who helped me out on the heights of the Finneck when I was looking for the way to Nebra. But unfortunately she didn't have anything edible with her either. Luckily there were plenty of cherries along the way.

Nebra is synonymous with the sky disc and, of course, for anyone interested in astronomy. And so it was clear that after a breakfast with an almost unbelievable selection of honey at the Pension Kretzschmar, I would visit the exhibition in the "Nebra Ark". Here I became aware of the historical region I was in. For "Westerners" at least, it was still a largely undiscovered insider tip for tourists. Yes, and then I also discovered the Nebra Double. The neighbourhood of the sky disc had apparently left a "genetic fingerprint" in a cherry tree stump. Afterwards, I got to know the most beautiful sections of the Unstrut. Initially, the route followed imposing sandstone cliffs and shell limestone slopes, before these were gradually replaced by vineyards near Laucha and Freyburg. I was perplexed by the variety of Saale-Unstrut wines. I counted no less than 16 grape varieties. Winegrowers' cottages break up the vineyards, giving this wine-growing region a distinctive character. Unfortunately, it was to take until the evening before I could enjoy the Saale-Unstrut wine, together with some other fellow cyclists, in an animated round, before I spent a wine-blissful night in the Neumann guesthouse in Freyburg.

Egypt on the Unstrut

The next day was full of magic moments. On the way to Naumburg, I didn't know at first whether yesterday's wine had clouded my senses. "You're not in Egypt, are you?" As if in the Nile Valley, a dozen stone reliefs lined up, carved into the sandstone cliffs along the Unstrut. What an imposing work of art - you simply have to see it!

To the German "Stonehenge

On the onward journey, I was already fascinated by Goseck Castle from afar, towering high above the Saale. But I had no idea what surprises were waiting for me there - the Museum of the Circular ditch from Goseck as well as the renovated castle church. The museum guide and priest gave me an unforgettable history lesson. Not far from the castle, the German "Stonehenge" was discovered. Goseck was like a black hole for me - no idea. Yet Goseck takes on a historical dimension that is unparalleled in this country. Even though it was not built of stone blocks but of wooden trunks, the Goseck site is 1,600 years older than the English Stonehenge and even about 2,000 years older than the Egyptian pyramids (photo 3). But these are by no means the only historical gems in the Saale-Unstrut region. In addition to numerous castles, the sites of the 400,000-year-old human skeleton at Bitzingsleben and the princely tomb at Leubingen await discovery. Ever heard of "Aunjetitz"? One of the oldest large cultures in Central Europe was located here. Their witnesses were our ancestors, who left behind the sky disc as well as numerous princely tombs such as in Leubingen, Langeneichsstädt or Pömmelte.

The days on the Unstrut and Saale have left me with an infinite number of positive impressions. I hope I have aroused a little curiosity to visit this beautiful region myself.

Clicking on the book cover leads directly to the ordering option on the author's page. 👇🏻 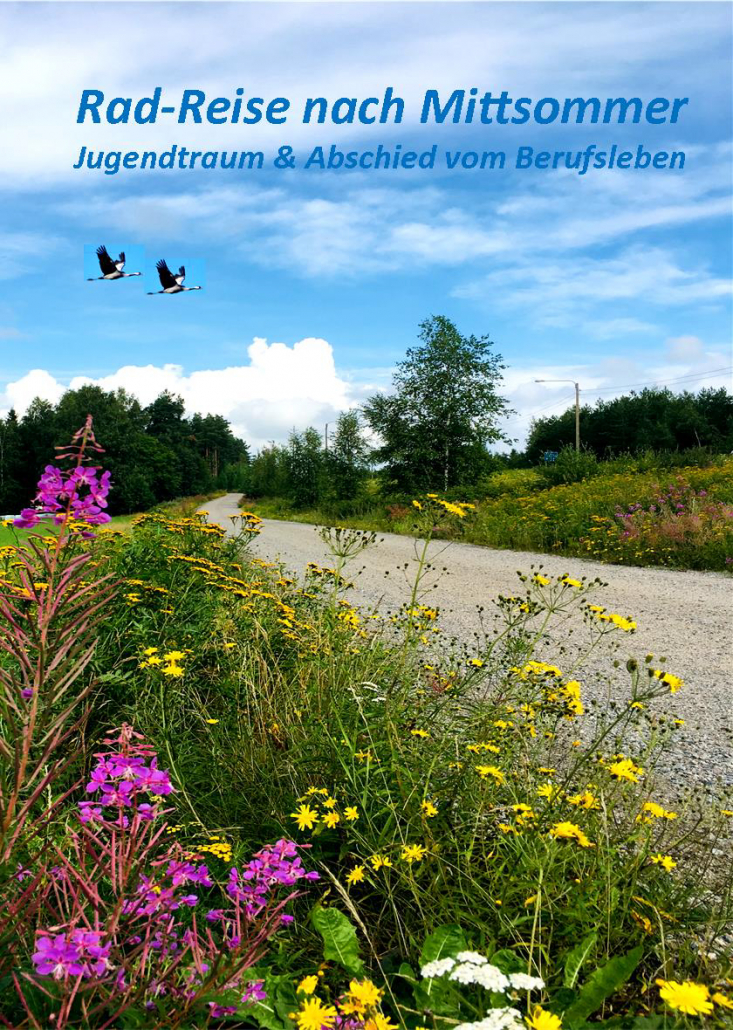 PrevPreviousCooking with MaMa's
NextFilm sets and locations in Saale-Unstrut - did you know?Nächster
Share this contribution